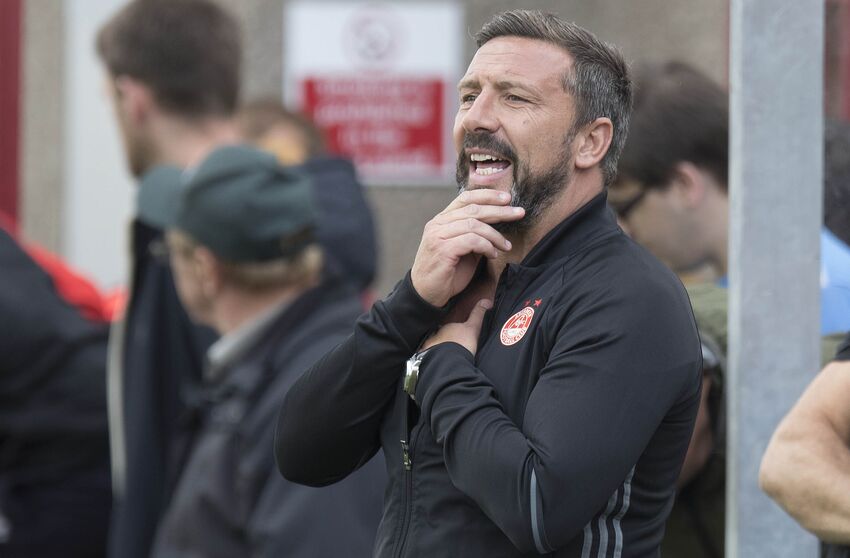 Aberdeen manager Derek McInnes is seen as a favourite for the vacant Rangers job, but he should turn any offer down and stick with the club he has helped mould since 2013.

McInnes’ Aberdeen side are flying high again this season, sitting just one point behind league leaders Celtic and five above the aforementioned Rangers.

The Gers recently parted ways with Pedro Caixinha after just seven months in charge and the long-serving Dons manager is now seen as a potential fit for the other Glasgow club.

But departing Aberdeen, who McInnes has helped to develop and mould for over four years now, would not necessarily be the best decision.

At Aberdeen, McInnes has stability and a team that is playing good football the way he wants them to.

He has players around him that he has brought in with a specific aim of challenging Brendan Rodgers’ Celtic, which he has done fairly well at during his tenure.

The Dons could never compete with Celtic in the transfer market, but they were still able to finish as Scotland’s second best team in every domestic competition.

A second-place league finish and two runners-up spots in the League Cup and Scottish Cup shows how far Derek McInnes has brought the team.

The team has finished second in the league for three consecutive seasons and despite losing a number of top players this summer, including former club captain Ryan Jack to Rangers and star winger Johnny Hayes to Celtic, McInnes has his team in a stronger position than a year ago.

At the same stage last season, Aberdeen were ten points behind Celtic – whereas there is just one solitary point to separate the two teams this time around.

McInnes has a stable job at a team that is competing as well as could be expected, potentially more so given the turnaround of players this summer.

Since he joined in 2013, Rangers have had three managers – with Caixinha losing his job with the Gers sitting behind McInnes’ Dons in 3rd place.

Rangers have a long history, with plenty of silverware to their name, but Aberdeen is a club that is on the rise and has been ever since McInnes took charge.

Steering the Dons to a Scottish Cup final this year would be an excellent achievement for the team and lifting more silverware is something Derek McInnes truly deserves.

But jumping ship and joining arch-rivals Rangers is not the best move to make.

And given his response to former captain Jack agreeing to join Rangers on a free before the end of last season, it seems clear that McInnes knows how strong the rivalry between the two clubs is.

McInnes has also recently commented that he does not take notice of speculation and reiterated that he is perfectly happy at Aberdeen.

Next: Kane Wouldn't Have Saved Spurs Vs Man Utd

After reportedly turning down the chance to join Sunderland in the summer, and signing an extension to 2020, signs point favourably to him staying at Pittodrie.

With the club performing well, there’s no reason for Derek McInnes to leave just yet.