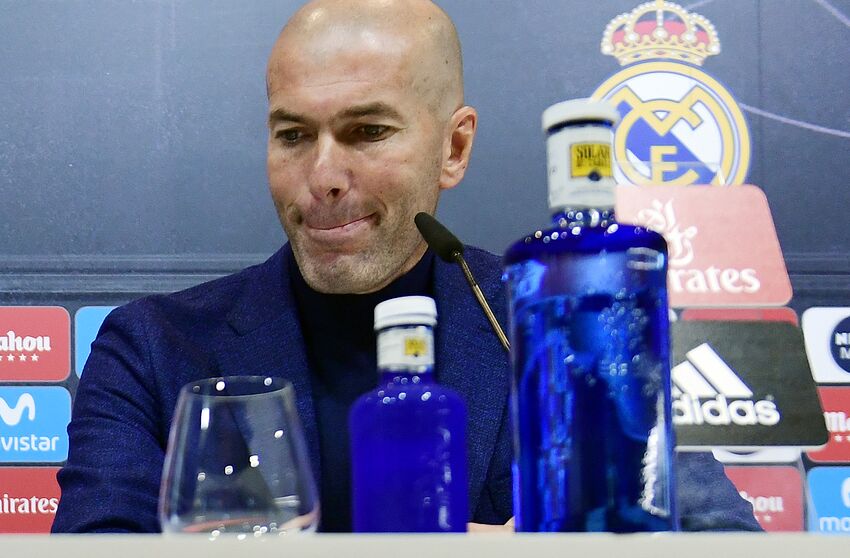 Three Real Madrid players will request for transfers during the summer after falling out first team manager Zinedine Zidane.

Real Madrid manager Zinedine Zidane has now overseen six matches of the Merengues since returning to the helm in March. The Frenchman has given a lot of players opportunities including his son Luca Zidane, but some players are yet to feature under the gaffer in spite of being fit and training regularly.

Marcos Llorente, Dani Ceballos and Sergio Reguilon are some players who seem to have left the 47-year-old unimpressed in the training grounds, as per Fox Sports. Neither of them featured in Real Madrid’s 3-0 success over Athletic Bilbao last weekend. The former two have gotten their chances under Zizou on some occasions, but Reguilon has featured just once- in a 2-1 win over Eibar.

Marcos Llorente, Dani Ceballos and Sergio Reguilon were all regulars under Santiago Solari, who was not afraid to bench even the senior most players of the squad. The defensive midfielder did well in Casemiro’s absence while Dani Ceballos did replace Kroos and Modric often. Meanwhile, Reguilon had beaten Marcelo to the left back spot in the preferred XI.

Marcos Llorente and Dani Ceballos were not Zinedine Zidane’s favourites even in the 2017/18 campaign and the latter did speak about wanting to leave Real Madrid had the French manager stayed for the start of 2018/19. That could actually be happening this summer and Marcos Llorente as well as Sergio Reguilon could follow.

Additionally, the manager has dodged questions from the media regarding his younger players apart from Federico Valverde and Alvaro Odriozola, but of who will be featuring often next season under most probability. But while Ceballos could leave permanently, Llorente and Reguilon might get loaned out in the summer.

Next: Real Madrid plot a swap deal worth 50 million plus Modric

Where do you think Real Madrid’s youngsters should go to or be loaned out at?